I have a confession to make… I attended this gig with my dumper. Truth be told I bought these tickets before we were dating plus we are still friends so no harm no foul.

The last Tom Misch & Friends show I attended was a last year though Friends were also known as VERY SPECIAL GUESTS. Tom is well-known for being the collaboration master and truth be told he barely has performances without any of his equally talented friends.

It was night loaded with hits new and old along with an array of talent: Laura Misch opened up with a mesmerising display of saxophone and live-techno-beat-making.

Tom Misch listeners from his good old SoundCloud days and Geography fans would both be satisfied with the set-list. His mates hopped on their respectable set with arguably the biggest surprise Jordan Rakei sharing the stage with Tom. (I did have a lil inkling that he would but it didn’t stop me from screaming…) 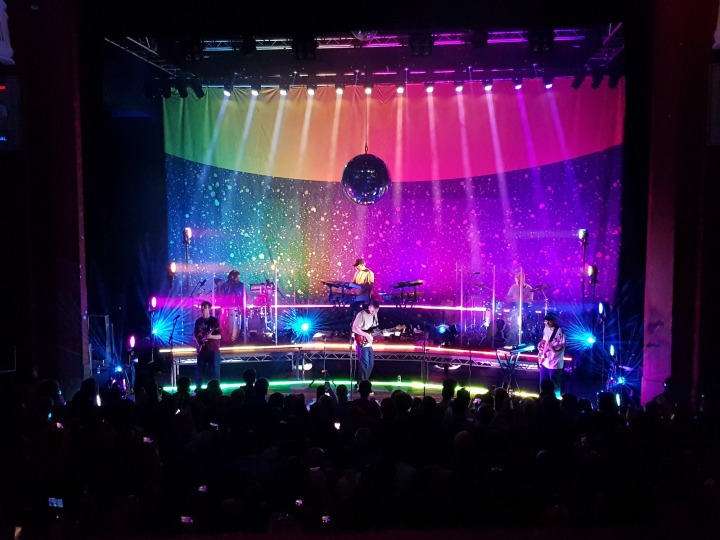 Polly, Jordan, Laura, Zak, Loyle, Rob Araujo and the best hype man of the century Barney had their time to shine. Oh and the lightning was a whole different level!

It was a particularly comfy night as I dropped a hefty amount of money on VVIP tickets. What can I say? I like supporting charities and having unlimited cocktails.

On a serious note, War Child does a lot of admirable work standing up for rights of children caught up in war. This part of their Safe & Sound campaign as every child deserves to play, learn and grow up in safety.

Their cause particulary strikes a chord with myself. I adore children and volunteer to enrich their lives in any way I can. War Child reflects this same sentiment but with children that may have never known a peaceful life. Whether you just love music or want to support a charity – this is one you should follow and support. This is my second time supporting them through their live shows.

It’s a win-win for all parties.

Until Next Time,
Salve S.