This was actually the first time I’ve ever set foot into this museum despite going to the Modern on a regular basis.

Tate Britain focuses more on traditional while being larger and prettier while Tate Modern is well…more modern with more abstract art. Britain is situated just north of the River Thames on Millbank while Modern is south of the river on Bankside.

What better way to see it than in its fabulous glory? Queer and Now festival returned for its second year celebrating the impact of LGBTQ+ arts and culture on modern society.

The entire day was dedicated to allowing kids and grown ups to engage with queer related topics in approachable ways. Just look at the magnitude of their programme.

It was also a museum late so once it hit 6:30PM queer anthems were blasting from speakers and the adults were ready to party.

I went in solo which I then soon regretted as I surrounded by couples and groups of friends. I love going on solo trips occasionally and travelling alone. However, the saying “the more the merrier” never ran more true for this occasion. 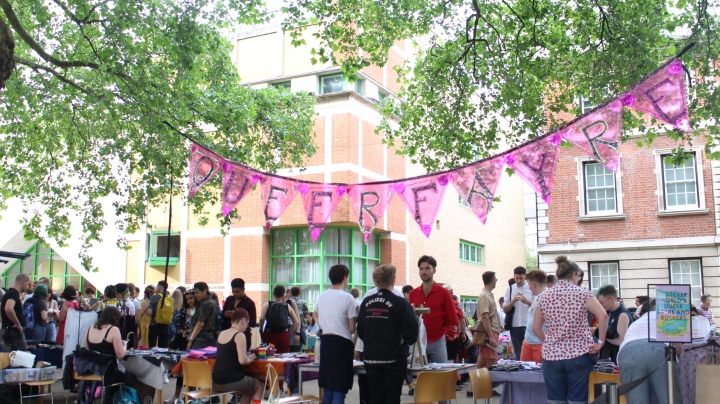 Celebrating diversity and self-expression should be even enjoyable with company with those who have grown to accept you.

I’m definitely going next year with a squad. I’ll be ready!

Until Next Time,
Salve Salvaña