“Babysitting” a nine-year-old doesn’t need to consist of watching endless runs of the Power Rangers and Totally Spies. Despite secretly enjoying these shows, you even get tired of the Rangers’ transformations, fighting and explosions… (I still love you Mystic Force)

Why not seize the rare London sunshine and go out to a museum? Kids surely love dinosaurs…

So our journey to the Natural History Museum commenced. After an hour long bus ride we arrived to witness the massive queue consisting of tourist and other kids enjoying their summer holidays. Another hour was dedicated to waiting in line – though it flew by when you engage in a conversation with a nine-year-old and play with your new camera. 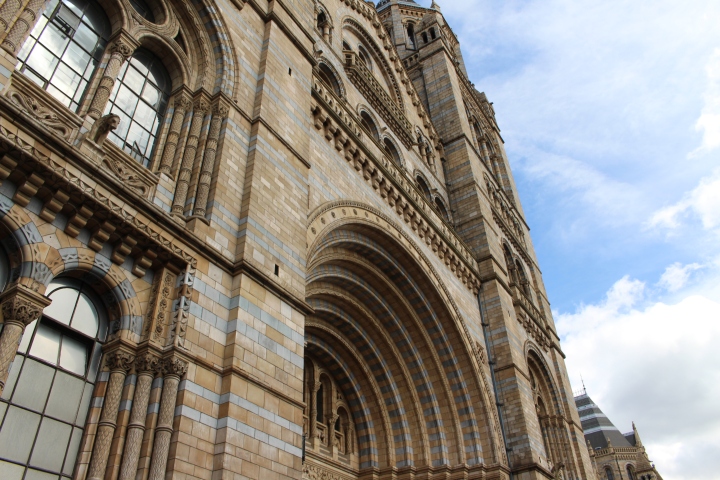 As we stepped into the entrance, I had flashbacks from roughly 10 years ago from my previous visit to this museum. Although, it was while I was in primary school, I vividly remembered a certain skeleton that I was looking forward to seeing.

But before finding my favourite childhood skeleton (#SorryFunnyBones), we aimlessly wondered around the museum, it didn’t take us too long to find it… 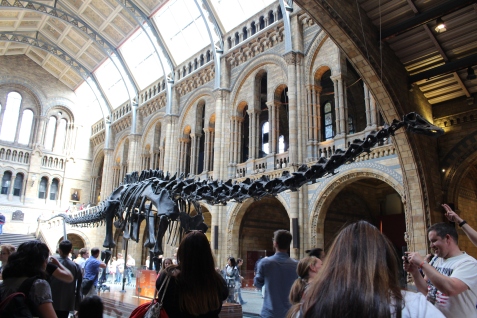 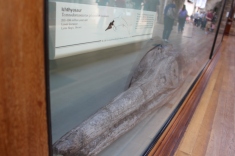 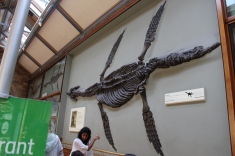 Sloths are those funny, dopey and slow creatures. Well, this a giant ground sloth, weighing up to 4 tonnes and measuring up to 6 meters.

It’s rather intimidating due its large size and has been on display for as long as I can remember. I think my younger self questioned in awe whether just how high this creature could climb up a tree as I was a little tree climber back in the day.

Don’t be shocked on the museum’s taxidermy collection of animals. This was particular section was just for birds and their various body parts. 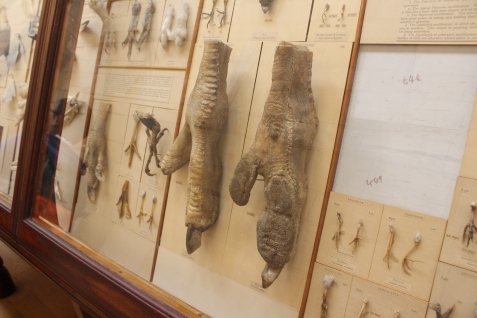 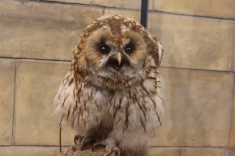 There’s also several interactive exhibition such as the Kobe Earthquake Simulator at the Earthquakes and Volcanoes exhibition.

Don’t forget about the ‘living dinosaurs‘. I only manage to spot three of these moving displays, the other is a peacefully sleeping dino in a glass box. Keep your eyes peeled you might find more… 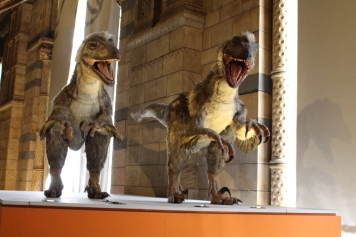 All in all, it was a great casual day out even if your not a big fan of the natural world, it’s good to transverse through the historical venue along with it’s modern extensions.

It’s a museum. There’s only so much I write about. Go experience it yourself. Whenever you’re in London, why not give it a visit?

This was before Dippy the Diplodocus was replaced by Hope the Blue Whale in January 2017.