Whilst rummaging the internet for something to do, I came across a relatively unknown event sponsored by the popular beer company, Corona. Surprisingly, it was a deep and tropical house music festival with big names such as the sweet beat making Robin Schulz and the young talented Kungs.

Having a summer with no plans at all, I impulsively bought two tickets at a low price of £20 each. There are two things in life that I will not hesitate to spend money on food and experiences. Maybe I was craving for that festival high from LoveBox but I certainly did not regret blindly diving into this event. 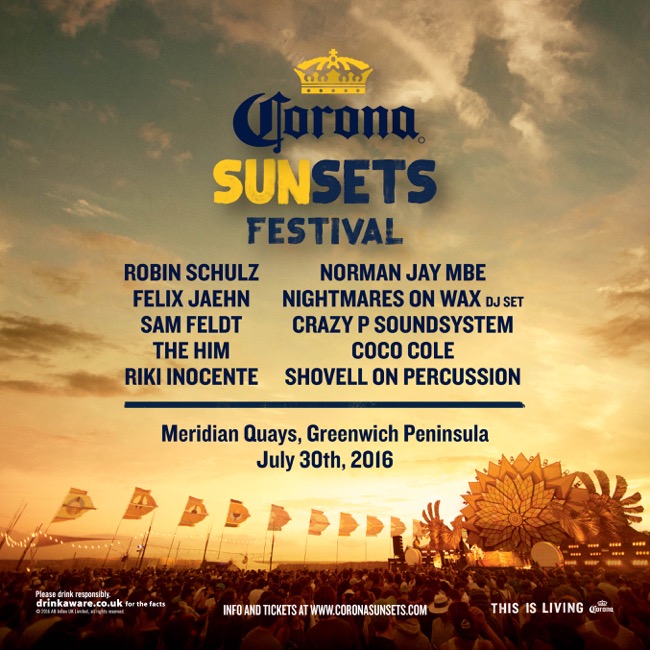 Corona Sunsets was a dream event. The majestic tropical and deep house beats resonated through the air. Due to the events relative obscurity, there was more breathing space to either leisurely sit and chillax or break out those embarrassing dance moves without injuring anyone next to you. 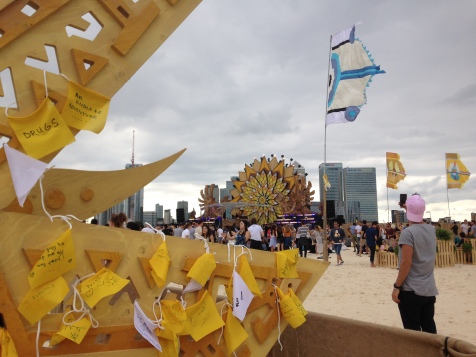 The atmosphere was fun and laid-back. You were the star of the event. You are the one to set the pace and energy of your festival experience. There was no judgement, just love and fun lingering through the initially cloudy summer’s afternoon.

Plenty of people came with mates. Several brought their significant other. Some came representing their respected countries. There was a group of highly-energetic fun loving Brazilians that wouldn’t hesitate taking a picture with you or strike up a conversation.

A particular pair of Brazilians, unexpectedly, praised me and my male friend as the ‘cutest couple’. It was highly fluttering but super surprising as we were just a mere duo putting our hilarious childish tendencies on display. Making sand angel and nonsensical dance moves. But at this point we didn’t care and neither did anyone else. We were having fun!

Oh I forgot … the entire festival floor was covered in over 40 tonnes of glistening golden sand.  A perfect excuse to drop to the floor and bury yourself or a friend.I forgot to mention sand can give you deadly friction burn, so dancing on your bare knees is highly ill-advised. Not to mention you will get sand in places you never knew was possible… 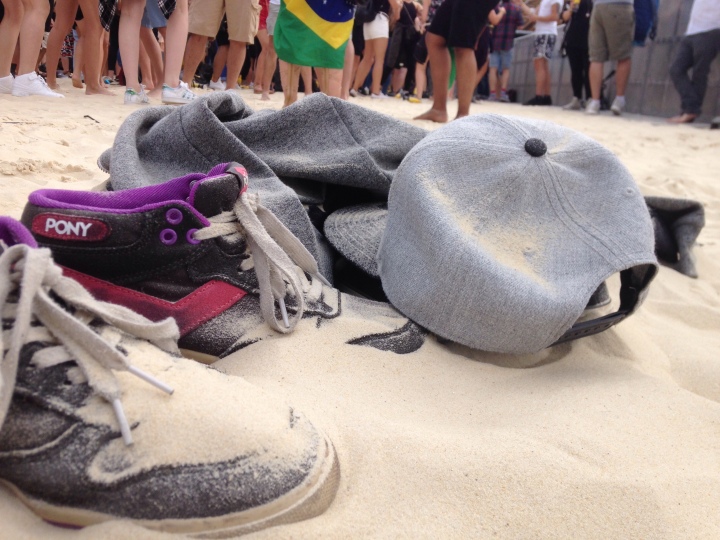 It was an amazing day out. Grab a friend or two and dance like there’s tomorrow. Chill and sip some beer or water for that occasional break.

Just do what you do and have fun!