It was a mundane Thursday night, I just got home from being dragged along to a unexpected Pokémon hunt when my phone rang. I answer and my friend says, “I’m sorry but you’ve got the Lovebox ticket.” At this point, I was internally screaming from excitement and cried in joy. However, I played it cool and hanged up a few minutes later after a brief conversation.

Shut out to this aspiring artist, Tee Peters, who luckily scored us free tickets courtesy of Reprezent 107.3FM. I jumped at the opportunity to have a raving day out with a friend.

Lovebox is arguably one of London’s biggest music festivals. This year’s lineup was rather outstanding and I was desperate for some tickets: 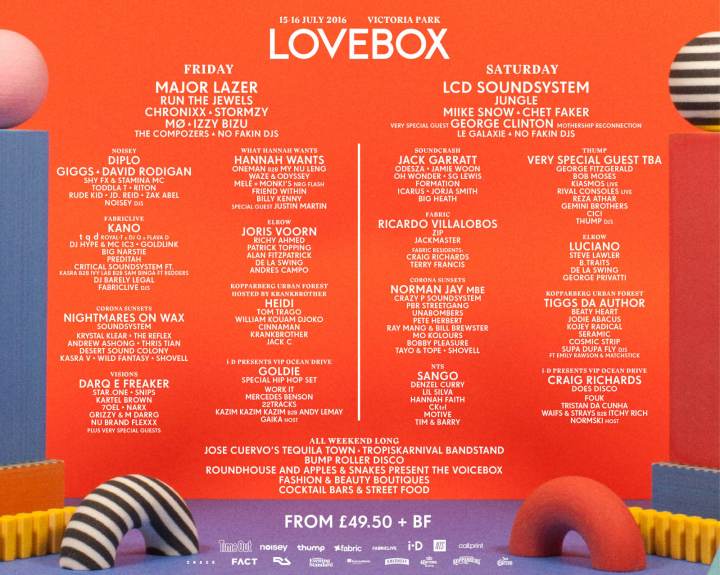 Arriving home at 1AM on Saturday morning with legs screaming in agony. I can simply say it was AMAZING. It was certainly the most dancing I’ve done in my life and burned the same amount of calories I would regain later that day.

A music festival is what exactly what you expect it to be. Music blasting every direction from the various diverse stages. The succulent aroma emitted from the food stalls. Along with the jovial atmosphere of people gathering to have a great time.

As there was plenty of amazing and diverse acts available – it was physically impossible to be present at every single one of them. Lovebox has a nifty app that keeps track of your artists and notifies they’re about to get on stage along with a useful map. This is the list of artists I was able to listen and dance to: 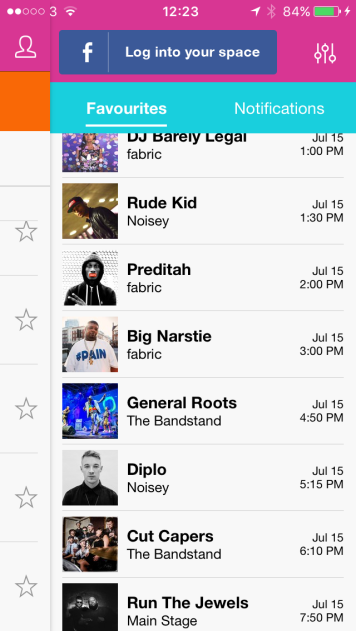 The biggest acts I missed were MØ, Stromzy and Katy B, along with plenty of interesting artists also available on Friday and the entirety of Sunday. The acts that my little heart cries for was SG Lewis, Oh Wonder and Jack Garrat.

It is evident by list above I mainly listened to grime and EDM. However, I have a constantly evolving taste in music and genuinely adore multiple genres. It is understandable that the majority of the music consist of  heavy bass and deadly drops as they are the easiest for audiences to dance to. That is why most music festivals have a collection of either grime, rock or EDM artists.

Attending a music festival should be on anyone’s bucket list. No matter how introverted you are – grab a couple of friends you’re super comfortable with and you’ll have a highly energised day out. You might even garner the courage to awkwardly move your feet without anyone judging you.

Credits to asak for the Major Lazer vector image.