Christmas Market is here! Just another excuse to splurge all your money just before Christmas comes as well as falling on the same day as Black Friday. Coincidentally, my school has granted an inset day on that day, possibly, allowing the teachers to go on a well-deserved shopping spree.

I was surprised by the venue choice this year, as Christmas Market tend to be held in Olympia, it was hosted in Tobacco Dock, the same venue as EGX Rezzed. At first I wasn’t too pleased about the venue, as it separated into the different former vaults of the dock, which worked perfectly for gaming demos but compared to (now-demolished) Earls Court Exhibition with an expansive atmosphere to wonder around in awe. 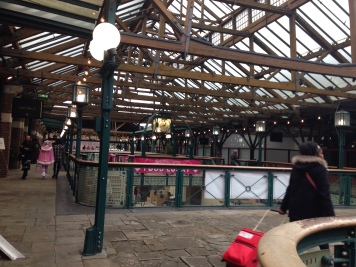 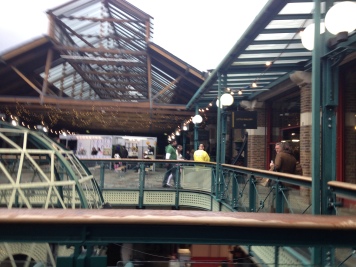 However, the venue grew on me throughout the course of my stay as stepping into each section revealed a different aspect of Japanese culture from tradition pieces of expert craftsmanship to fashion.

Personally, I was surprised on how little I splurged on the event, most of which was spent on the delicious food on offer. YO! Sushi surprised me and my mates with their exclusive YOLO menu, one dish in particular which was “heaven in a bag” which I will not reveal its name as it’s technically a secret. I also indulged in the succulent yakisoba with karage chicken on offer. Last but not least, a cup of refreshing classic bubble tea from Milk Tea & Pearl. 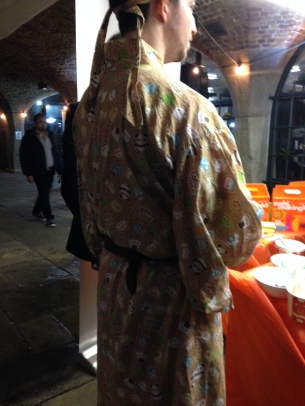 Asides from indulging in the food on offer, we transitioned into rocking out during the free performance of Lady Baby (minus Rie Kaneko), the newly-formed rather orthodox J-Pop/screamo hybrid idol group. If you want to find out more their music videos can describe them better than I possibly can. Jump on the bandwagon as they are rapidly becoming popular, getting a massive response at Hyper Japan with only four songs being released.

Overall, the event was extremely enjoyable and shows that you don’t need to necessarily spend all on your money on the goods available but on the food on offer to be completely satisfied. There was plenty of free entertainment from the amazing artwork displayed on certain stalls, concerts and panels from animation studios on offer.

Don’t worry there was an open gaming section provided by The Heart of Gaming, a diverse arcade that provides the retro classics to Super Smash Bros madness, based in West London.