Who says that a University can’t host an anime and gaming convention?

Well, London Metropolitan University can certainly prove them wrong. I was initially surprised seeing an influx of cosplayers, gamers and anime lovers alike into a humble university building.

As it was my first time attending to this event, I honestly did not know what to expect but now I can say for certain I’ve enjoyed my experience in this small event compared to bigger more extravagant conventions. It was the nice sense of community, people weren’t in a hurry and willing to strike up a friendly conversation. It was more relaxed with enough seats for my brother and I to just rest and chill for our upcoming matches.

Don’t worry there’s a nice dose of competition in the air with very good prizes at stake, from cash prizes to 2400 RP for runner-ups. Unfortunately, I was no aware of this and lost at the semi-finals of the doubles League of Legends tournament, missing out on a £100 cash prize, much to my brother’s displeasure. I wasn’t overly impressed with him either during the 5 vs 5 tournament, as he decided to back-stab my team by joining our rivals and knocking us out competition at the semi-finals.

Most of the tournaments are free to sign up for, but if you want a bit more excitement and diversity, sign up for the mix-up gaming tournament for just £5. You play five randomly selected games from fighters to first person shooters, conquer these games and your rivals then you shall receive a reasonable cash prize and a goody-bag courtesy of the sponsors of the event. 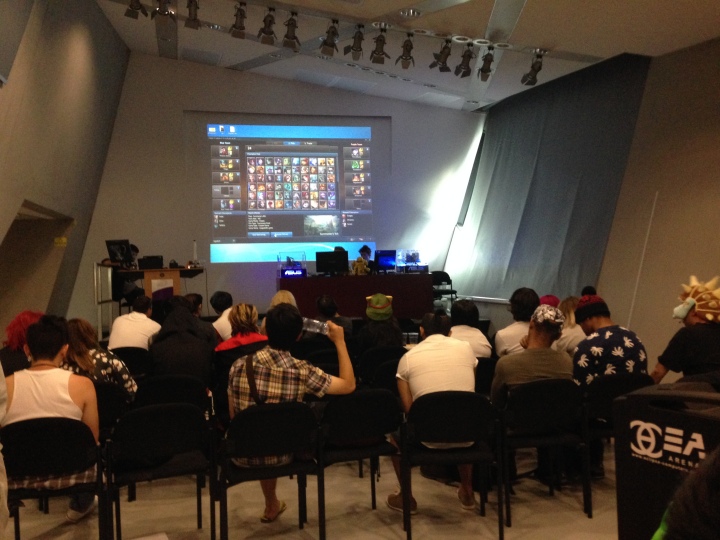 Overall, it was a pleasurable change of pace compared to the other events I have attended with a more welcoming environment and I highly recommend it. I look forward to hopefully beating some of you in a match or abysmally failing while trying to do so.